Winter has “struck” Stockholm and we have lots of snow. And knowing the Stockholm weather we expect most of it to be gone in a few days.

So we hurried out and bought Abbe his first pulka (kind of small sledge) and went to the slopes of Kronobergsparken.

We thought that it was loads of fun. Elin and Abbe swished down the slopes. I got a few runs myself (for my self also ;) and the memories all came back. Running up the slope with the pulka in a string behind you. Getting cold after the first run… Ahhh the memories. 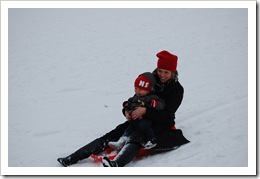 Apparently Abbe was not as amused as we were. 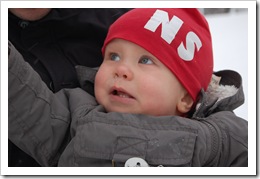