Applying Switch framework to Meetings are not real work

Who’s up for a meeting? Whoopie - another meeting!

Experienced that? No - didn’t think so either. Most of us hate meetings, and sadly not without reason many times. But a thing that really bugs me is when this culture is classifying meetings as non-work. In our business there seems to be lot of people (cough developers cough) that think that the only real work is pushing down the keys on a keyboard. Preferably writing code.

This can take strange expressions sometimes; we seems to think that writing long, emails and sending them back and forth is work but not sitting in a meeting and clear stuff out instead. Strange indeed.

And furthermore - we want to meet more. We want to have a lot of frequent face-to-face interactions. This is in the core of agile and common sense. In fact - it’s my best tips to becoming more agile. So going agile (or lean or whatever you wanna call it) will often result in more meetings. Not a very good thing if people think that this not work.

Meetings are a great way of communicating a lot of information. Face-to-face is superior any other communication form in that regard. But often we waste our opportunity by missing simple things.

Readers of this blog know that I love the Switch book by the Heath brothers and it’s pragmatic approach to accomplish change. I’ve already tried to apply the thinking in their Switch Framework to Broken builds being ignored and Developers don’t want to test. I thought that this could be a good fit; Applying the Switch framework to Meetings are not work.

You’ll need some introduction to the framework. Please (really do - it’ll change your life) read the book to get the full picture 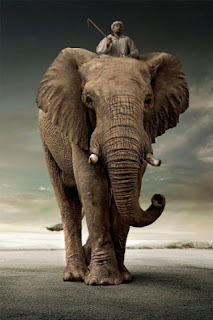 | | From Happiness beyond though |

In the book the image of the human psyche is introduced, which they in turn have borrowed from Jonathan Haidt. The rest of the book is built around this picture.  The images is a Rider on an Elephant. The elephant is our emotion and the rider is our rational side. The rider controls the elephant with some reins from his topside position. The only problem is that if the six-ton elephant wants to go into the bushes to have something to eat … those reins will not help much.

In order to accomplish change you will have to address both the rider and the elephant part of people. The rider need clear instructions while the elephant need motivation and some reasons for why this should be done. Finally you need to shape the path on which they are going to be traveling. The Switch framework gives you some guidelines on how to accomplish that.

Under the headings; Direct the rider, Motivate the elephant and Shape the path (they both are heading down) Chip and Dan Heath gives a lot of tips, and stories that help us understand to address both parts of the human psyche when we introduce change. Resulting in a much higher probability of the change to happen and Stick .

This post talks about directing the rider - read on about Motivating the elephant and Shaping the path in the other posts in the series.

One very effective and simple way to get change is to follow the bright spots. What works? Who has got this down? Where is the best place to see the change implemented today?

| | From The Baseball Travellers |

In the Switch book a story around this is about a doctor trying to help poor peasants to overcome starvation and save children that died from not having enough to eat. What he simply did was to see what the mothers did for the kids that actually survived - because those existed. They did simple things differently (for example feeding the kids 4 times a day instead of 2 (same amount of food in total) or adding other vegetables instead of rice every now and then).

The guy trying to help them out simple pointed to this and thought this behavior to the other mother with a great effect as a result.

In our case we could ask ourselves; which meetings are great? (yes, now you all sadly said NONE together but I don’t think it’s true), when was the last time you felt that you had attended a great meeting? What happend then?

For me personal it’s quite simple things;

If you look around your organisation you will most definitely find people that do this already. If not all of it so some or at least sometimes. What can you do to follow that? How can you get them to do more of it and always hold great meetings?

In the next section we will take a look at some more down to earth tips on how to make it work in practice.

Under this heading the Switch authors talk about simple, prescriptive behaviors that we can follow without thinking to much and end up in a better way. For me it comes back to Shu-Ha-Ri from martial arts. 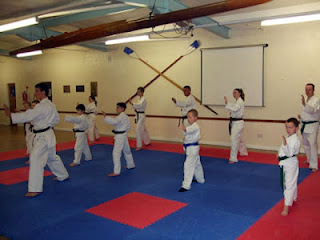 Shu Ha Ri the reasoning about how you learn new techniques in martial arts.

Shu means Obey the rules - do exactly what the sensei tells you. Do it over and over again until it’s second nature. This is what Script the critical moves is all about.

Ha means roughly Break the rules. Try something new that you haven’t done before. But do that taking a stance in the basic rules you know.

Ri means Leave the rules. Make up new rules for yourself. When you are the master you can make up new techniques.

So here we want some really simple rules or guidelines to follow. In our case this can be as simple as guidelines for how to hold effective meetings, that are distributed to all meeting rooms, for example. And probably taught to the whole organisation. Why not when you are hired?

For simple rules I would go with for example these (some ideas borrowed from here):

UPDATE:  Thanks to the excellent @chibbeu (Christer Unestrand) there’s now an excellent abbreviation for this. FAT I/O - make sure that your meetings are using it! I’m here by claiming rights to that abbreviation FAT I/O (tm).

Seriously - try to have a few simple rules that everybody can follow. Post them everywhere. And teach them to everyone. So that people that are conducting bad meetings are reminded by the attendees on how to do it better.

Point to the destination

This is my favorite point. And a great trick for getting there faster. It goes like this; “Imagine a world where … “. You simply paint or make up the future as it will become when we make all these changes. When we get there!

It’s a great way to show the goal to everyone involved in the change we undertaking. Let this be a vision, something that we might never reach but is well worth reaching FOR.

In our case we could talk about:

You can probably do much better than me when it comes to come up with a beautiful future.

I’ve deliberately not talked about meeting free days or having fewer meetings here. I think those can be great for productivity but I’m also afraid that they may reinforce that meetings are not real work. And we don’t want that. Quite the opposite in fact - we want the meetings we have to feel important and fun.

Yes - we could probably cut down on the actual number as well, but that will probably happen when you start to ask questions on why we’re holding the meeting.

In this post I have tried different ways of addressing the Rider - the one that could reason about this and really know how a great meeting should be. In the next post I’ll try to reason with the Elephant - the subconscious that rather just hack away on the code instead of talking of a lot of people that simply don’t get it…