You control the disappointment dial - use it!

Walking my oldest son, Albert, to and from school is one of the highlights of the days here in Indonesia. At least when he’s in a good mood. Today was not one of those days. He was angry because something didn’t turn out as he planned. He very often does that: makes up his mind about what we should do (often involving TV or games) and then gets very upset when it doesn’t happen the way he wanted. I tried to talk with him about that and in doing so I had a little epiphany about me, the IT industry, estimates and uncertainty. Oh, I should probably add that I re-watched this great presentation by Dan North two days before. It probably affected me, to maybe be wiser than I otherwise would. 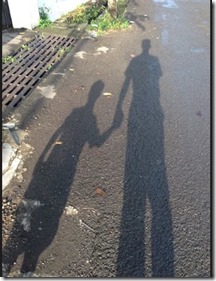 Here’s what I said to Albert:

Albert, you know what grandma [my mother] does? When she’s is buying shoes she decides at home how they should look. They should be black, with a red detail and have three holes for the laces. And have green laces. She then goes to town looking for them. Do you think she will find it? [He said No. Very grumpy] No she doesn’t, and that makes her disappointed. And when she’s looking for a sweater. She decides that the sweater should be blue with a small yellow shield and have stripes on the arms; red or blue. She then goes looking for them. Do you think she’ll  find them? [He said yes, but now he was laughing a little. I knew I had his attention now] No she doesn’t and that too makes her disappointed. This is the same thing as you do, Albert. When you decide, on beforehand, what is going to happen there’s a much bigger chance that you will be disappointed. [Lost him. Tried something else, going into coaching-mode] What do you think grandma should try to avoid be disappointed all the time? [Albert]; don’t buy shoes at all! Ah, but then she’s will have no shoes. What do you think  if  she instead said; “I need shoes that I will wear for church” and then went and look in the stores on what’s for sale. Or “I need a new warm sweater for the when I’m walking outside in the autumn”? In fact Albert, you can do this for yourself. The more details you decide that have to happen, or that you want to do, the bigger the chance that you will be angry and disappointed. If you only decide that “I and Dad will play in the afternoon”, then the chance is bigger that it will happen than “Today Dad and I have to go the toy store and buy this exact Lego figure!”.

I think he got that. It looked like it anyway. I guarantee that he is smarter than me, but I still have the upper hand, intellectually. I’m not sure this particular lesson will stick though.

Nice story – what does this have to do with us?

Ok, ok… fair question. The future is uncertain. Suck it up. The only thing that we really know is that something that we haven’t thought of will happen, some time in the future. Or as Dan said it in the talk above:

Bring all the smart people into a room. Make as long list you like and the thing that will bite you will not be on that list. How’s that for feeling uncomfortable? 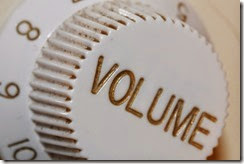 However we control the  disappointment dial. Just like Albert, we can decide for ourselves how much disappointed we want to be (or make our client). If we decided and try to predict every little detail chances are that we will be disappointed. If we leave more things open and just decide on a direction and intent… well then we probably will come out without disappointments. At least the chance is bigger. This, in my experience, happens even if the outcome is better than expected. I have at least three times being called into rooms to explain “the happy, but unexpected news that we went under budget. Do we need to train you in estimating better?” Of course, most organizations, are not willing to handle turning the dial all the way to the other end without absolutely no predictions at all. I didn’t say that either. I said; you control the dial. Maybe, you should try to turn the disappointment level down a little and see what that “cost” you. If we ran with less planning, less estimating and less things set before we start, we will also be less likely to be disappointed. We might even end up in place that is better than what we could think of before we started.