Move the authority to the information, and not the other way around 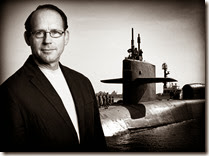 There’s no secret that I like the writings (and presentations) of Captain David Marquet.  If you haven’t seen this video do that instead of reading this. It change a whole lot about how I look at leadership. One of the best tips in the book is the small imperative sentence:

However, often when I explain this to people and clients I often end up adding the opposite to this sentence. From that I got some interesting conversations going. Let’s see if I can explain what I mean here. With the added continuation (that, to my recollection is not is in the book) would make the quote like this:

What caught my attention was how much time, money, systems and pain we go through to move information to the authority. 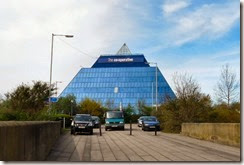 In most (hierarchical) organizations I have been involved in there’s also been some kind of unspoken rules, or hidden policies that the woman at the top (or at least above you) should know everything that the people below knows. I even heard managers air their dissatisfaction to their staff: “How do you expect me to make good decisions if you don’t tell me everything?! You need to let me know people!” (Nice blaming other tactics going on there as well). It’s correct though. If the man at the top should call the decisions we need to get the information to him. Or he will make uninformed decisions. Of course. Sadly that will not happen. The person on top will never know enough, or at least as much as people closer to the information. We could probably prove that with physics if we wanted to. I think. What, in my experience, will happen in hierarchical organizations like that is that information get lost, get distorted, is not reported in full or changed and tweaked to suit the needs of the sender. Maybe you are scared to report bad news, maybe you forgot things that would have been important, maybe you couldn’t know what part of the information was needed to make a good decision. Also, there’s a higher chance of lack of other things such as commitment, ownership, responsibility, innovation and ambition. In my experience.

So, if we were to try the idea and advice of Captain Marquet and “move the authority to the information”. What differences will that make? 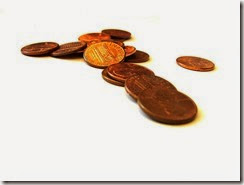 Firstly, it is cheaper. It’s all about letting go of control and structure. I didn’t say “Loose control” but letting go of the current systems and pursue a new, better version where authority is closer to the information. Would you rather make a decision with more or less information? You can control this dial too. In the book “Turn the ship around” they changed the communication route from “Do this!” to “I intend too”. A subtle but important change. In this way the initiative doesn’t come from above, but rather the people close to the information comes up with the ideas and innovations and informs the levels above. The people close to the information is of course guided by the overarching goal, and communicating this is the main task of the “management” / leadership.

Secondly, it’s simpler. The information is already there and known. Moving authority is “just” a policy change (more that “just” later) where no new information pushing system or policy needs to be in place.

Better for our customer 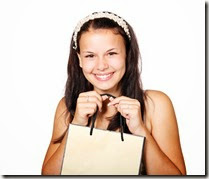 Thirdly, imagine explaining the two approaches to one of your paying customer. Yes, you know who I mean, the ones paying your salary. Would you feel more proud, comfortable and get the customers approval for the well-thought out and working system for moving information to the authority, that gives excellent control of the process and the information in it? Or would it feel better to show the customer how you’re spending his money doing stuff faster, by letting people who actually do things make more decisions as they need? I have never, but this is only my experience, heard about any company that got cheers, pat on back or any kind of good reaction about their well-structured organization chart or the strict control of decisions. From outside customers I mean. From board members and others I’ve heard that. And from people within the organization. Customers, or the-ones-paying-our-bills as you can refer to them, are interested in the output of our system (aka the organization). HOW we organize… not really important to them. “Do whatever you have to, to keep being great and keep being around”, seems to be their motto. Maybe they have a point. What do you think? I think organization is the living thing, the best-so-far, that we hopefully soon will change to something faster, simpler and more pleasant to work in. Oh, speaking of that.

Finally, a lot of good things and behaviors will emerge from doing this. We can actually copy the list with what you will lack and loose in a strict hierarchical organization, and restate it again, with one small change:

“higher chance of other things such as commitment, ownership, responsibility, innovation and ambition”

In the good old days we called this empowerment, but sadly that word has been abused a lot. Empowerment without autonomy and authority to change your situation is pretty much … not empowerment. In reality though empowerment is exactly what we’re doing when moving the authority to the information; handing down operation power to lower level. They don’t act totally random though; with good leadership and well communicated goals and direction they, to quote Captain Marquet again:

Act as if the manager/leader was standing behind them.

I already hear some objections to this. Let me air mine first and then we can continue in the comments below.

That did not happen…

It’s been pointed out to me from several sources that Captain Marquet story is to good to be true. Maybe it’s been painted prettier than it actually was, or at least how it spread within the navy. I don’t believe that for a second but here’s the thing:

I took that very inspirational story as just that; inspiration. Even if it was entirely made (which it is NOT) up I think it still has great points and things to teach me. I will not implement it exactly as he did anyway. To quote another captain;

… the code is more what you’d call “guidelines” than actual rules Captain Barbosa, Pirates of the Caribbean

That will not happen…

I agree. And this is where I get sad. People are more reluctant to let go of power than anything else I’ve seen. Even money. I have heard people chose to lower their paycheck but keep authority. So that’s it then. No more of this. It ends in a big sad trombone? I don’t think so. Firstly I think this is worthy pursuing and striving towards. You don’t (and maybe never should) turn the dial all the way to 11, with all decisions been made out there (chaordic organization/mindset I think its called). Some people have tried and succeed, go ahead and explore your possibilities. Secondly, doing this to an existing organization is much harder than starting from fresh. Trust me, I work (well ok… not really, I’m on leave right now) for Aptitud. Let me, to end this finally tell you all little bit about how we decide things at Aptitud. Here are our decision making rules;

What’s big and what is small? You decided. We trust you. And all the information (invoices, expenses and salaries etc.) is shared among everyone in the company anyway so…

Not so hard right? Simpler, cheaper, more motivating and better for our customers that doesn’t have to pay for our overhead to move information to the authority. We have moved the authority to the information instead of the opposite. Works for us. How will you make it work for you?