The forced swing in my garden... and coaching 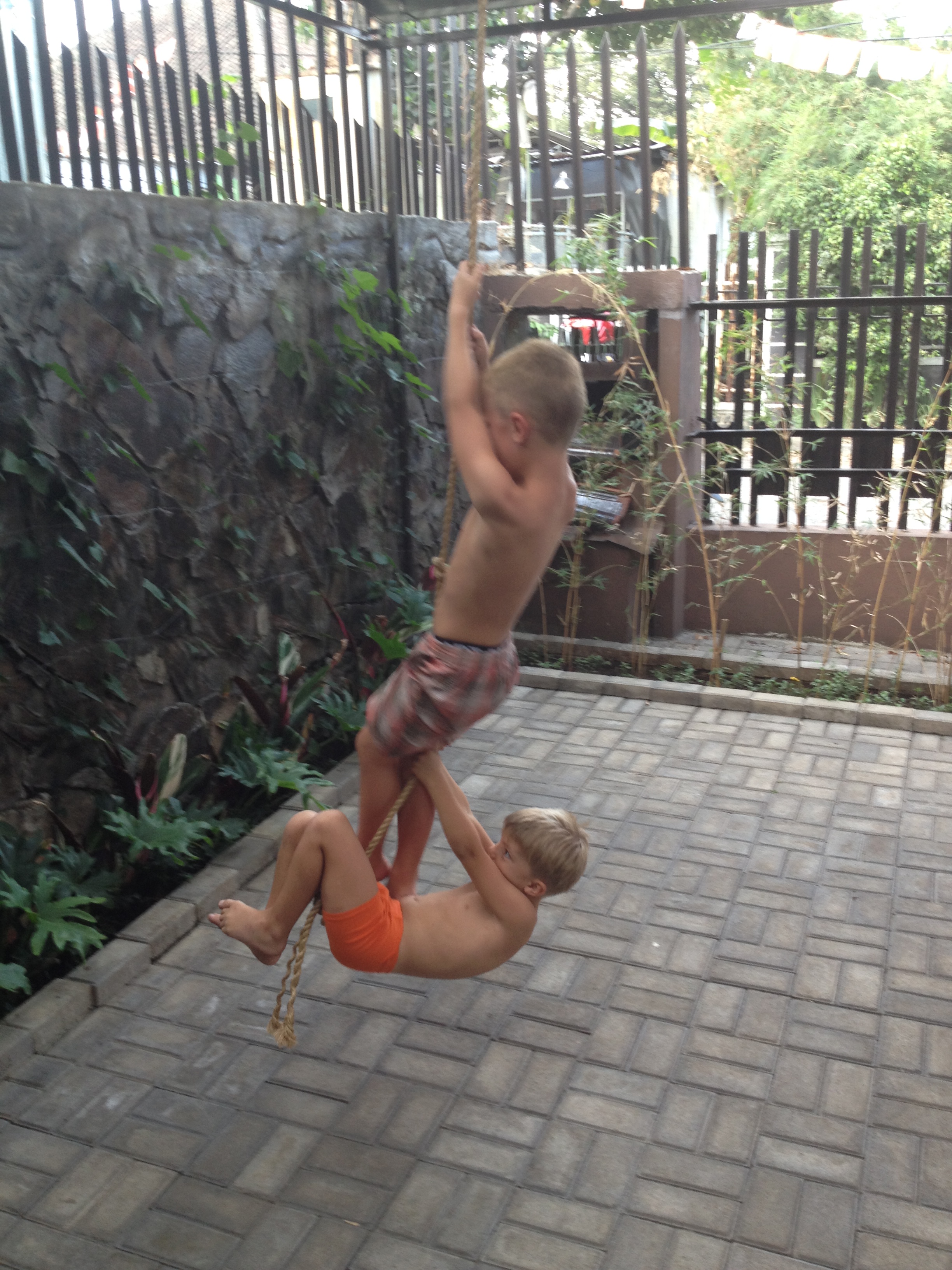 The other week we put up a thick rope to use as a liana, al á Trazan, for our kids. Extremely simple; just a rope, and I made a big tangled knot at the end. You can see my kids use it on the picture to the left. They loved it.

Then one day one of our neighbors, that often help us and stops by - nice people, came by. He looked that the rope, saw my kids struggling to climb it and said:

you know... it should really have a plank or something at the end so it's easier for them to stand on.

I said: Nah… this is good enough for them. They are enjoying themselves plenty.

This is a post on coaching, asking before helping and not improving things that works fine. 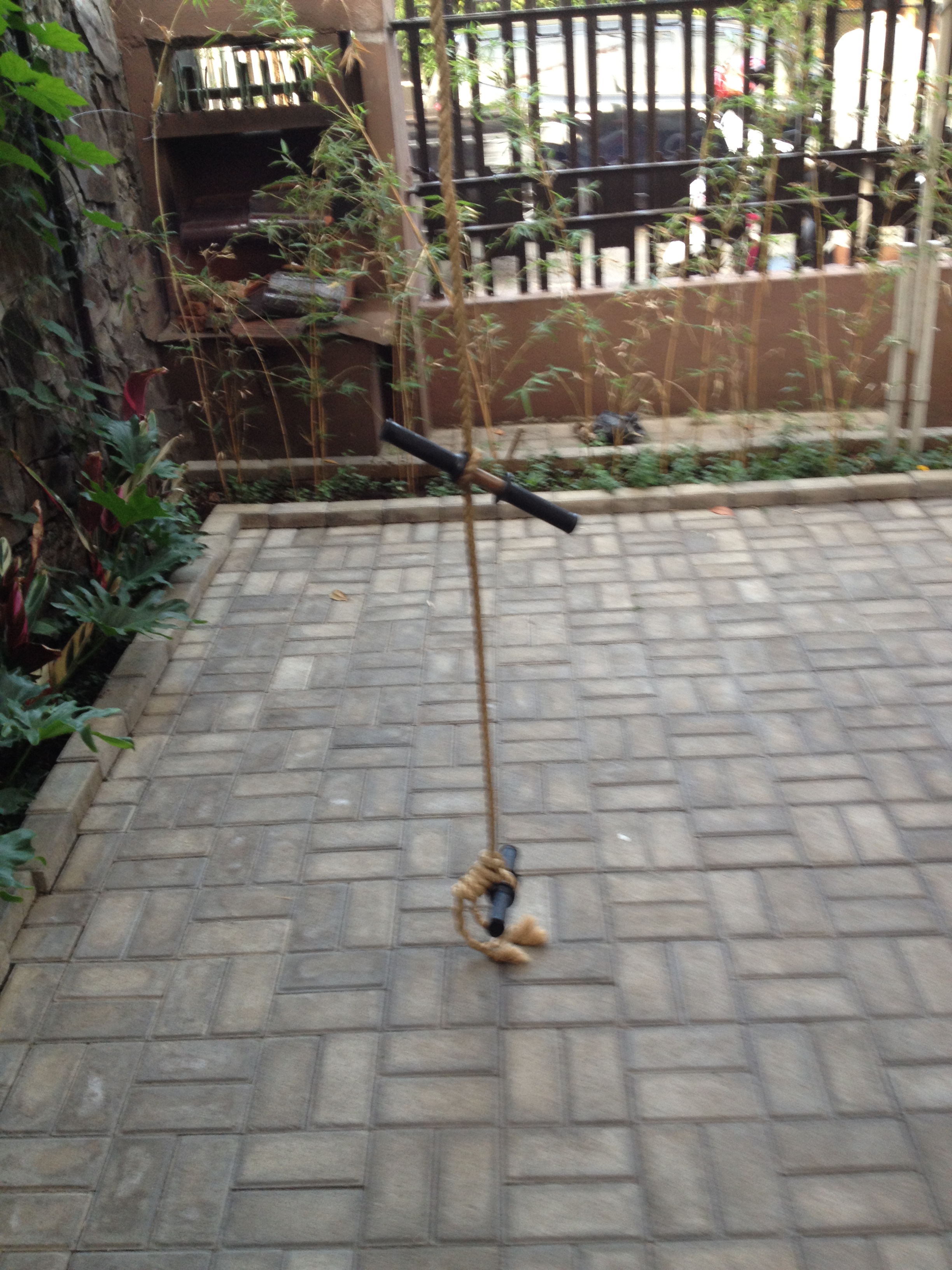 Ok - two days later, the man came back with two nice handlebars, and he started to untangle my messy knot and tied the handlebars in a great position for the kids. It was clearly better and the kids love it.

However … I felt bad. I had not asked for that help. He forced it on me. Even though I said no. It was Forced Generosity.

Note - it was better. Clearly an improvement. But I now feel a bit dismissive towards that swing.

A couple of months ago I wrote a post on “Only helping those that wants help”. In that post I was reasoning from the perspective as me as a helper, improver, consultant.

But this episode reminded me of the inverse: “Don’t help those that don’t want help”. This is a respect and trust thing. As a consultant, as someone that wants to give you advice I have to respect your space and state of mind, of course.

If anything helping / coaching is about trust (and respect). If I offer an idea and there’s reluctance or aversion towards the change - the best thing to do is to try something else. Or maybe talk about Why the idea was met with those feelings. And finally find a better way to solve the problem, or solve another problem.

If it ain’t broken…

This is brings me to a sickness that I’m suffering from, and that I think is very common in our industry; we want to fix things.

Just before I wrote this I thought about a model improvement for a site we built. It would be a much more generic and storage effective strategy. A cleaner solution.

But the one we have works just fine. There’s no indicators to show us that we will need more flexibility in our model in the future. But … but… it’s a cleaner solution.

Sometimes, or often even, my ideas about improving is based on my own experiences and opinions. Often I fail to listen and thoroughly understand the situation. The context. The need.

This has led me to put up forced swings in teams I’ve coached. From now on I will remember the swing in my garden in Bandung.