Autonomous does not mean isolated

I wanted to write a short little post on a misunderstanding and confusion that pops up once you start to create cross-functional teams;

If you draw pictures like this, from another post, is very easy to see where this confusion stems from 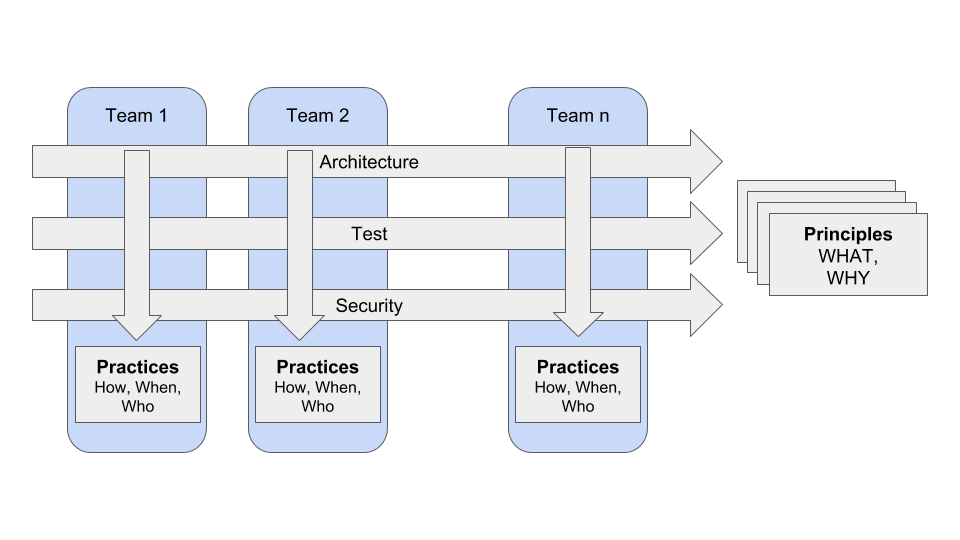 There are boxes with solid lines that sends the message that the different teams in this picture have very little to do with each other. And it doesn’t get better by people like me asking each team to set up goals for themselves and talking about breaking their work out into separate, discrete parts in the spirit of Conway’s law.

We can very easily get the feeling that these teams should have as little as possible to do with each other.

I especially like the idea of having the freedom. We can govern ourselves but are not forced to.

Compare that to the notion of Isolated:

occurring alone or once

This is much more binary: we are alone - isolated. We cannot, or are not allowed to work with others. On this lonely island, we are only us.

When we are autonomous we choose to cooperate with others to reach our goal, but we leave that the decision up to us.

I remember reading about how many people worked at WhatsApp when they were acquired by Facebook. At that point, they reach 450 million users. How many worked there? 35 engineers.

Today, it employs only about 50 engineers, though the number of WhatsApp users has doubled, and this tiny engineering staff continues to run things almost entirely on its own

Obviously, they reached out, using third-party services and facilities for many things. They were not isolated.

Being autonomous means that you have the power to govern yourself. It doesn’t mean that you should isolate yourself and refrain from contacts, help from others.

However, once we have these contacts, help, and interactions, we should take great care to preserve our autonomy.