Why the retrospective prime directive is paramount

I’m about to run a few retrospectives with a group of people with little to no experience of agile previously. In doing my preparations I went back to the core and start of retrospectives, why we do them, their purpose and meaning, etc.

Let me explain what I mean.

The retrospective prime directive is originally written by Norm Kerth in Project Retrospectives: A Handbook for Team Review, all the way back in 2001. The same year as the Agile Manifesto itself was written

Regardless of what we discover, we understand and truly believe that everyone did the best job they could, given what they knew at the time, their skills and abilities, the resources available, and the situation at hand.

This mirrors the lean mindset

Blame the system - never the people

This is the stage that the Retrospective Prime Directive is setting for us.

When I first read about this directive it was presented as something that we all need to agree on before even start a retrospective. And the way it was meant to be done didn’t rub me the right way.

I don’t know where I read it but basically, you were to read this out loud (AWKWARD) and then have everyone acknowledge that they agree. Preferably out loud, as a little check-in exercise (EVEN MORE AWKWARD).

I’ve always had a problem with semi-solemn moments like that, making something simple (but important), more bombastic and grand than it is. Maybe it’s my Swedish upbringing - but between you and me I never actually ask people to commit to this.

Why is this paramount, then?

Why care about this at all then? If it just makes me make feel awkward and uneasy - why should I still do it. Because you should.

Well - if we are not in agreement with the scope of the retrospective as defined by the prime directive - then we are not solving systemic problems. We’re just blaming people and … I dunno … rectify them.

You go ahead and hold that meeting if you want. But 1) I don’t know how to facilitate that meeting and 2) don’t’ want to be part of it.

What do I mean; solving a systemic problem? Let me tell you a story. My friend Jonas was a plant manager for Scania. I went there many years ago for a study tour.

Half a year before we came there they had a big incident in the plant. A worker put down his drill (with cord) on a nearby cupboard. There are strict rules about not doing that. There are well-defined places, indicated by dotted lines, where to hang all tools. But he did this anyway.

Right after he put it down a forklift drove by and got tangled in the cord, which caused a short cut of the electric system of the forklift, which locked in 90 degrees left turn. The forklift crashed into a big rig for a machine that got dented and the entire factory had to shut down for 5 days. Stops in a factory are counted in $1k / second.

What does a company doing Lean do in this case? Make no mistake; you should not put the drill there. The poor guy knew that. There were signs everywhere.

What do they do?

Well, they are into Lean mindset so they

Blame the system - not the people

and hence the first question that popped into their head was

How can our instructions and work context be so bad that he put the drill there even though he very well knew that it was not supposed to be done like that?

How can we help our people so that it doesn’t happen again?

And then they went on rebuilding all the cupboards and places to put stuff on in the entire factory so they looked like this: 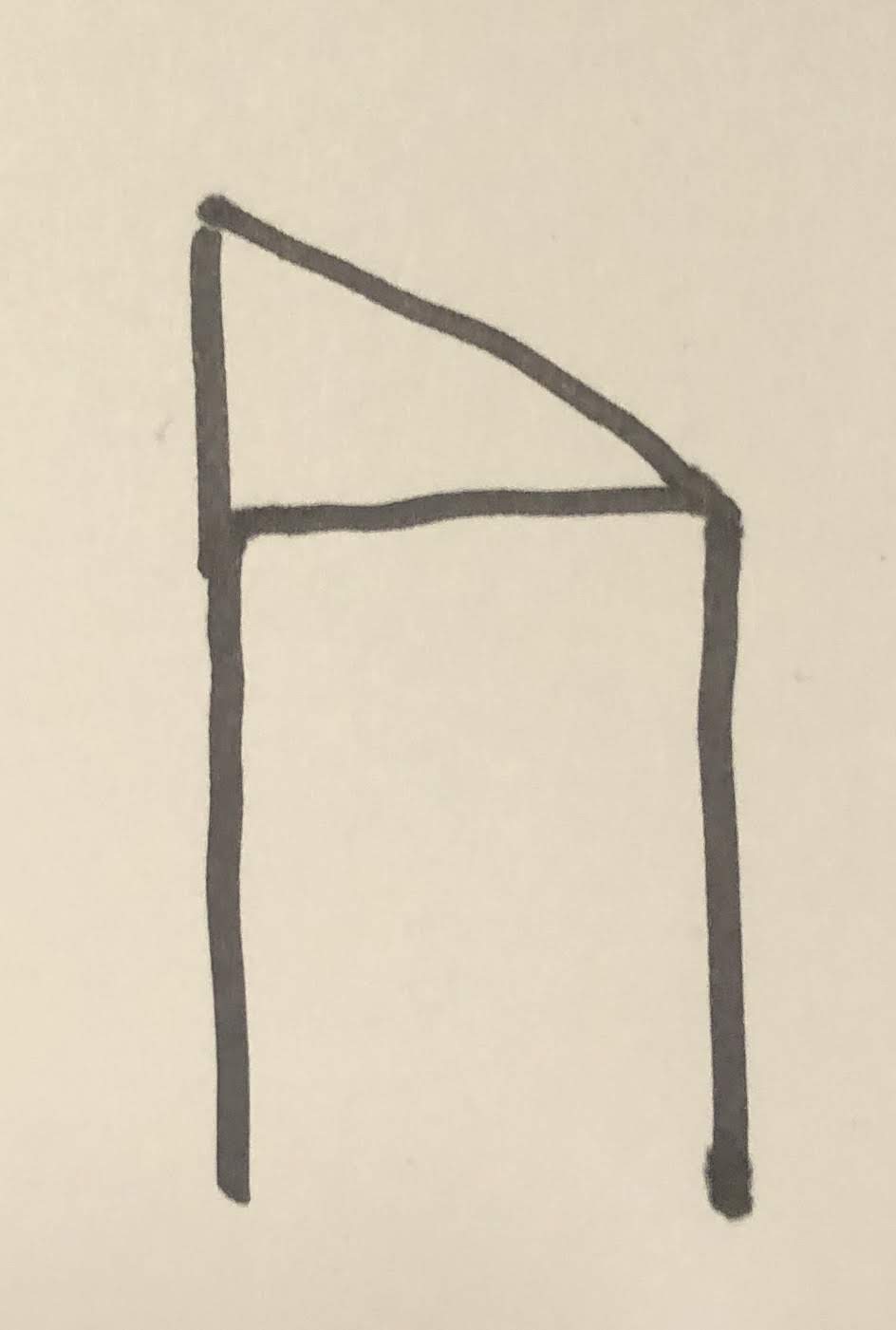 They had welded on a sloping plane on all horizontal surfaces so that you could not put things on there, without them falling to the floor. Hopefully, that would make people remember and pick things up and put the things in the proper place.

Now the system is improved.

You could have sacked the poor schmuck that knew he done something wrong - but then you didn’t improve the system at all.

By going through the Retrospective Prime directive before we start we ensure that people in the room understand what the goal of the meeting is. It sets a tone of together trying to improve the system, rather than to find easy targets to blame that lead no-where.

You don’t have to light candles, hold hands and chant it (although - if you do; please send pictures :)) but it is paramount that you all agree on this before starting the retrospective. Or you will risk that you are not attending the same meeting. And you will guaranteed not get real value out of the retrospective

One more time, but this time we know why so we can do it with feeling:

Regardless of what we discover, we understand and truly believe that everyone did the best job they could, given what they knew at the time, their skills and abilities, the resources available, and the situation at hand.