A decade of blogging...
Ten years ago today I started this blog. I really can’t believe that sentence just looking at it. But during that time I’ve learned so much by putting my understanding into words and out on the internet that I really cannot value the experience of having a blog enough. In this post I wanted to share a few highlights from the 1066 posts (including this) I’ve written and all the stories and relations it has created.
Marcus private, Life of a consultant

Ten years ago today I started this blog.

I really can’t believe that sentence just looking at it. But during that time I’ve learned so much by putting my understanding into words and out on the internet that I really cannot value the experience of having a blog enough.

In this post I wanted to share a few highlights from the 1066 posts (including this) I’ve written and all the stories and relations it has created.

(Full disclosure; much of this has been written in a previous blog post, celebrating my 1000th post. It’s worth repeating (and updating) since it covers basically the same things.)

I wrote the first post on the 24 of October 2006 and in that very trembling first steps I actually wrote somethings that still holds:

This is my first ever publication on the Internet.

I am not sure yet what to put down here but I hope that it will be meaningful, for me if not for any other.

I actually started the blog after loosing 3 paper notebooks in 2 weeks. And with them a lot of important learnings.

VERY few readers of course in the beginning. This was pre-social media) and “getting out there” was a bit harder. I really didn’t think about getting out there either, since this was mostly for me.

The early posts are more about me than about things I used. That changed after about 1 year and I blogged more about things, practices and processes at work. In the posts I can see how the things that I worked with affects what I’m writing about.

Some early posts should today merely have been a tweet

Throughout all blogging I’ve always written more in busy times and less in idle times. That also affects what I’ve written about. I’ve used it as an outlet for my thoughts and in doing so forced myself to think a little bit how to formulate it. That’s been good for me.

There’s some watershed discoveries that I didn’t really think too much about at the time that proved very important in the long run.

Through the years I’ve kept through to my original intention

Blogging for learning. Learning by sharing.

The progress over the years has been one of very slow start, slowly increase, incredible spike for that one post (see Events below), slowly creeping up and then the last year steadily increasing. 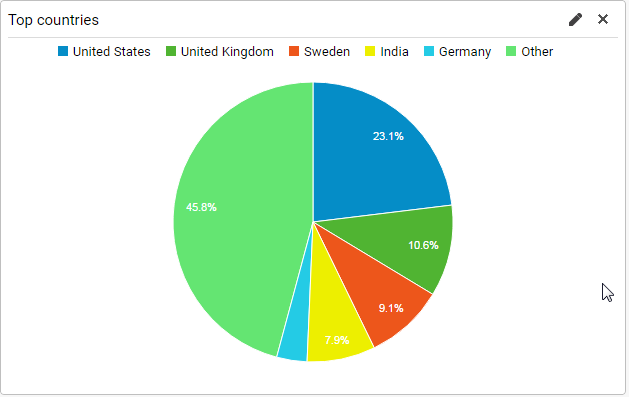 Early on I decided to blog in English. That was ridiculous at the time but has proven very educational for me (training in writing English so much) and good for spreading the reach of the blog. I have not regretted that decision a single time. I’ve felt stupid sometimes but not regret it. 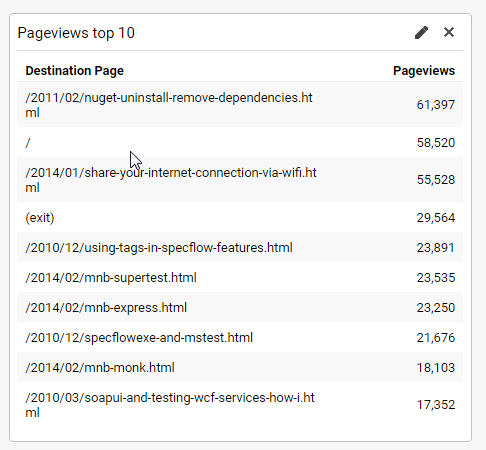 The most viewed posts are shown here, my comments below:

Here’s some of the things that have happened over the years. In no particular order.

In November 2014 I moved my blog from Blogger, where you still can read posts up to that date, to Jekyll.

I’ve had the domain name www.marcusoft.net since August 2007.

In Mars 2015 I started to do my own logging that you can find links to from every post.

In April 2012 I published the news about writing Kanban in Action. I was quite shocked at the time, as the post reflects. In January 2014 the book was released…. about 2,5 years after first starting it.

In 2011 I released SpecFlow.Assist.Dynmaic that actually have almost 20000 downloads on NuGet

In April 2013 my big hit came. The post on what we optimize for in development was picked up on Reddit and for a few days… It was crazy. About 15.000 hits in 3 days. Man I was nervous then. What did I really write…? I still think it’s one of the best posts on my blog. Funnily it’s now not on my top 10 list anymore…

I started to write my second (!?!!!) book in 2016 - I’m still getting over the shock of publishing the first one. You can start to read the RS Bungsu book already now. Get on it - it’s amazing.

I’ve been nominated for an international award - which is just beyond me. People in the kanban community think that I’ve contributed enough to be nominated to an award. Amazing!

These are all worth reading.

Here’s some diagrams over when I have posted: 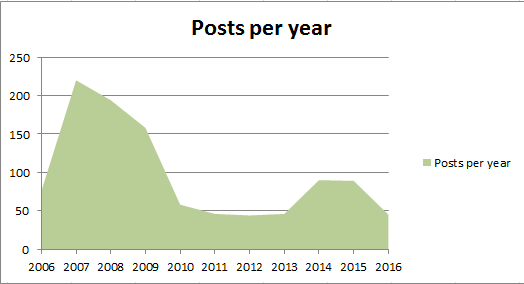 From this we can see that I wrote more posts before, but better now maybe? 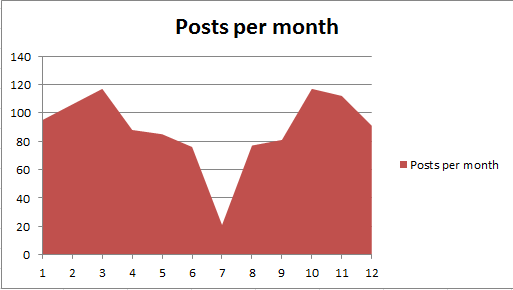 Also March seems like a very productive month a year for me, while July is not. Not surprising since that’s when Sweden have our famous 5 weeks vacation. Kudos to me for not writing a lot of posts then! 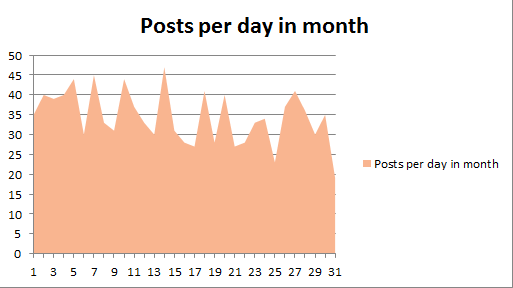 Day in the month when I’m most productive should be 15 maybe. Definitely more posts in the beginning of the month than in the end 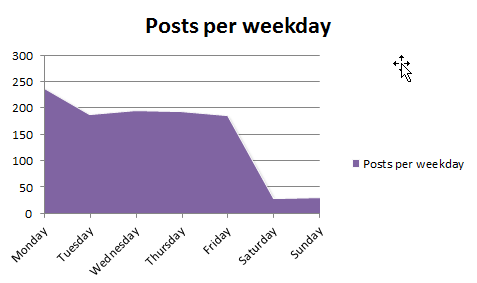 I blog more and more the further we get into the week. Less blogging in weekends. Kudos again!

I love blogging and sharing… and learning. I have no intention stopping this any time soon. I’ve noticed that I’m blogging less intensely now but a little bit more thoughtfully… hopefully.

This post was very encouraging to write for me - I hope you got something out of this too.

Just writing for yourself is of course very boring. The blog would have been nothing with anyone reading, commenting and challenging me. For this I thank you all so much. You make me (and hence this blog) better than it otherwise would have been.

From the bottom of my heart; Thank you, all! From the first post up to now my life is very different. Better.

So - that was the start…. Lets see where this leads.